Many films can be bizarre and abstract but few films truly capture the feeling of being in a living nightmare quite so well as Tetsuo: The Iron Man. However, what may seem to more casual viewers like a series of disturbing black and white images simply meant to take you on an insane visual journey, is in reality a film with a strong narrative thread connecting the central characters to a single traumatic event.

Opening on a desolate industrial landscape, reminiscent of David Lynch’s surreal masterpiece Eraserhead, the film begins with an unknown man gruesomely inserting a metal rod into his leg. Shortly after doing so however he freaks out and runs screaming into the street. The film then follows an ordinary businessman (Tomorowo Taguchi, whose character is bizarrely listed in the credits as ‘Salaryman’), as he unwillingly embarks on a hellish journey in which his body begins to turn from flesh to metal following a horrifying encounter in the subway.

With a running time of a mere 67 minutes, barely qualifying as a feature, writer/director Shin’ya Tsukamoto packs an amazing amount into this dark, disturbing and utterly amazing film. The metal itself is fascinating, presenting to the characters like rusty junk-metal tumors protruding from their skin rather than some kind of sleek cybernetic enhancement. The Salaryman also feels like an authentic tortured soul, a classic movie monster cursed by a physical transformation he can’t control that threatens to destroy everything in his life.

This is tied into what is perhaps the most central theme in the film itself which is the melding of sexuality and metal-related violence. This is a running theme throughout (giant drill-cock anyone?) but rather than being an exercise in gratuitous perversion it is deftly tied back to the central narrative event making it an integral part of the story. This is also a key example of how Tsukamoto interweaves flashbacks with the disintegrating reality of the present to give us a story that is fast-paced and frenetic while at the same time nuanced and complex.

While the film is certainly groundbreaking it just doesn’t quite reach the five star level for me of films that have deep, emotionally complex acting and a rich, polished visual style that reflects a high level of quality filmmaking regardless of the budget.  But make no mistake, the gritty visuals, high-contrast lighting, stop-motion animation and lightning quick edits make this a horrifying journey into a surreal nightmare that simply must be experienced to be believed.  Overall, highly recommended. 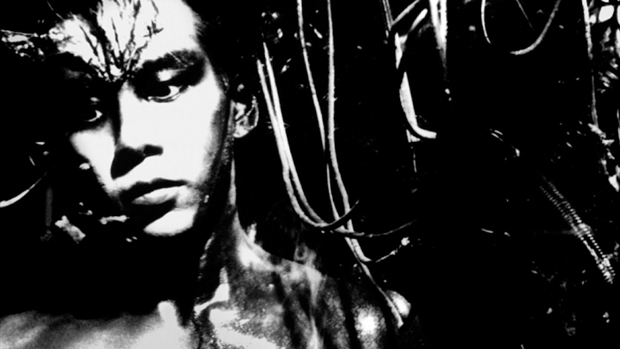 Ah, the zombie film. Is there any horror subgenre more oversaturated these days? Much like the zombies themselves the films seem to be everywhere, shambling along with little change or innovation as the concept is resurrected time and again with similar, diminishing returns. As the zombie subgenre has become more and watered down with mainstream films like World War Z and Warm Bodies (zombie rom-com, seriously?) I’ve started to feel like we’ll never get back to the kind of brutal, badass action that made the zombie films great in the first place. That was until I saw Wyrmwood: Road of the Dead.

The film plays out in non-linear format following several survivors of a recent and sudden apocalyptic zombie outbreak in Australia. After losing his family in the outbreak, Barry (Jay Gallagher) eventually teams up with fellow survivors Benny (Leon Burchill) and Frank (Keith Agius) on a quest to find his sister Brooke (Bianca Brady).

Wyrmwood succeeds where so many others have failed because it knows exactly what a zombie film should be and gets right down to business. The story is fast-paced, gory and brutal but with enough innovative concepts, like zombies as a fuel source (!), to set it apart from the shambling masses of mediocrity. There’s just enough character development so that you understand and empathize with the survivors without taking away from or slowing down the plot. Added to this are the pitch-perfect performances from the indie cast and a strong visual style from director Kiah Roache-Turner which elevate the film well above it’s shockingly low budget of $160,000.

Does Wyrmwood have a mind-blowing storyline that will change the face of cinema as we know it? No, but it never claimed to and it achieves exactly what it set out to do which is create a fun, visceral ride that hits all the marks needed for a classic post-apocalyptic zombie thrill ride, homemade armor, tricked out battle car, exploding heads, etc. It also boasts fantastic cinematography that ranges from drab, washed out scenes to ones bursting with rich color which lend to the film’s unique style. All in all a superb film, seriously deserving cult classic status, that proves there is still some life left in the rotten heart of the zombie subgenre after all.